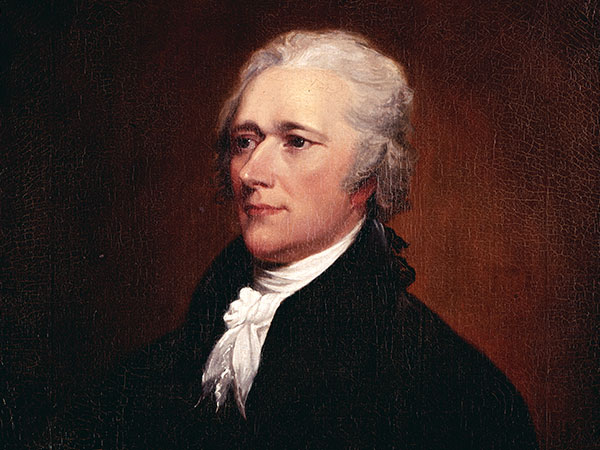 Included with your admission to Fort William Henry Museum this year is access to a national traveling panel exhibition on Alexander Hamilton.

This exhibit will be on display at the museum in Lake George throughout this summer season until September 20.

At this exhibit called "Alexander Hamilton: The Man Who Made Modern America," visitors can learn about Hamilton's role in the American Revolution, creation of our financial system, journalistic contributions and his inspiring life story and tragic death in the famous duel with Aaron Burr.

Hamilton was born out of wedlock in the Caribbean in the 1750s. After his father abandoned the family, his mother later died of yellow fever. In probate court, his mother's first husband seized what little valuables she had. Hamilton was left only with the family’s books, which a friend bought at auction and gave to him.

Orphaned, Hamilton and his brother went to live with a cousin, who then died by suicide and left his property to his mistress and their son.

Hamilton became a clerk at a local import/export firm in the Caribbean and then immigrated to the colonies at just 15 years old.

With his humble beginnings, Hamilton embodied what would later be known as the American Dream.

The man whose portrait now graces our $10 currency would go on to become the first U.S. Secretary of the Treasury at 32 years old. Hamilton is considered the founding father most responsible of the creation of the nation's financial system.

He also co-authored the Federalist Papers and his arguments were critical in winning support for the proposed U.S. Constitution.

Hamilton also founded what is now known as the New York Post in 1801.

Fort William Henry Museum covers the local history of the French and Indian War (1755-1763), an extension of the Seven Years War in Europe between England and France. This war took place across 3 continents and the Caribbean. Many consider it to be the true first world war.