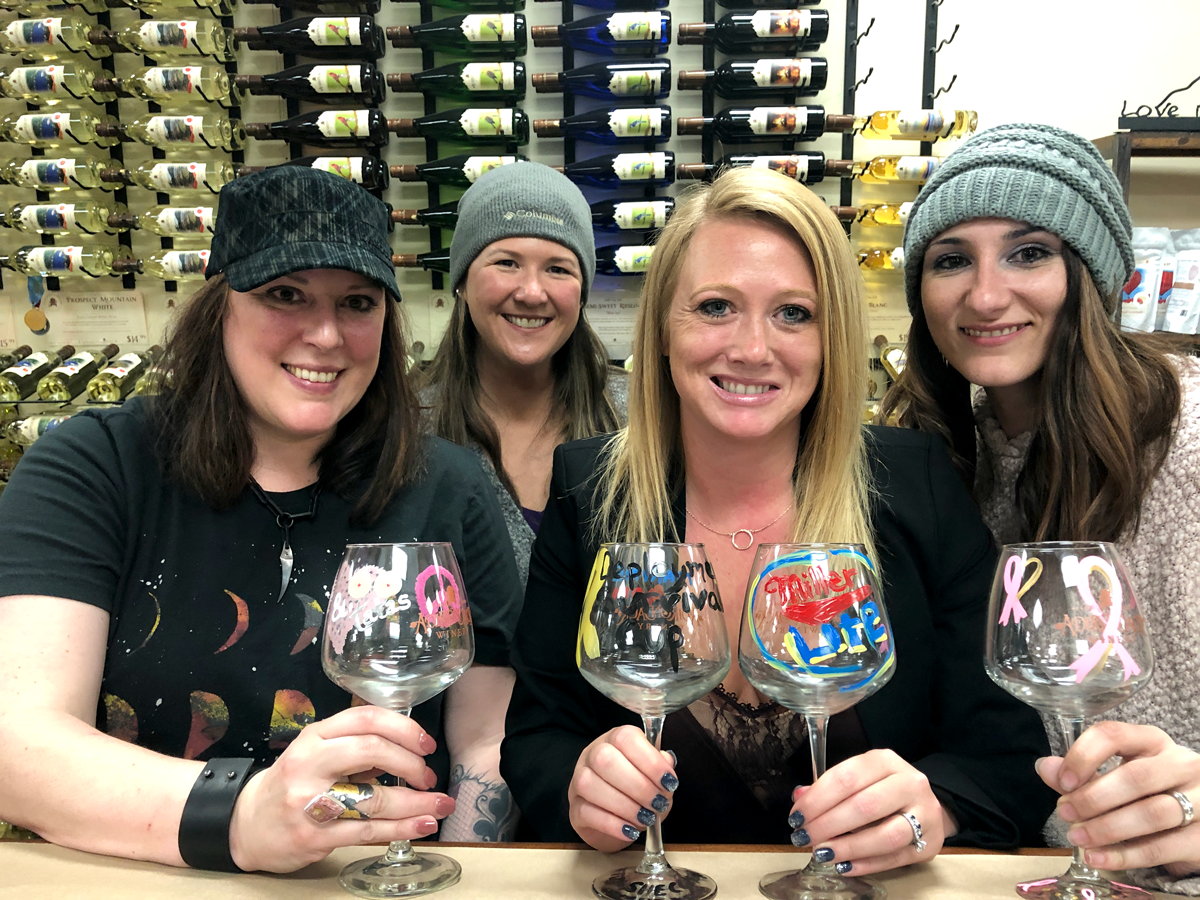 Cheers to Adirondack Winery for raising more than $10,000 for American Cancer Society’s Making Strides Against Breast Cancer of the Adirondacks.

Every year Adirondack Winery raises funds for this organization during its Drink Pink campaign in October.

Read the press release below to learn more.

Adirondack Winery is thrilled to announce that its 7th Annual Drink Pink fundraiser has resulted in a $10,736 donation to the American Cancer Society’s Making Strides Against Breast Cancer of the Adirondacks.

The winery set an $8,500 goal when its fundraiser began Oct. 1st. The funds will be used to provide life-saving treatment and programs for local residents who have been affected by breast cancer.

“The response to this year’s fundraiser was incredible,” said Sasha Pardy, co-owner and president of Adirondack Winery and organizer of the 6th annual Adirondack Wine & Food Festival June 27th & 28th in Lake George. “Our customers – whether they have been personally touched by breast cancer or not – really rallied behind this cause and because of them we were able to make our biggest donation yet to this incredibly worthy cause.”

Adirondack Winery raised money in a variety of ways, including donating $4 for every bottle of its Drink Pink Berry Breeze, which this year featured a pink cap donated by Waterloo Container. The winery sold 1,116 bottles of this specialty wine during its campaign – another record. The winery also donated $5 for every Ultimate Wine Tasting for 2 it sold in October, 25% of pink accessory sales and $10 for every ticket it sold to its Uncork & Craft wine and crafting nights at its Lake George Tasting Room.

The campaign culminated in the Making Strides 3K walk on Sunday, Oct. 27th in Glens Falls and the winery made its final donation for this year’s campaign on Saturday, November 2nd.

“In their 7th year of partnering with the American Cancer Society through Making Strides, Adirondack Winery has once again gone above and beyond,” said Annemarie Dillion, Senior Manager of Community Development at the American Cancer Society. “Their outstanding support allows us to offer more rides to treatments, more wigs, more free lodging and more hope to those affected by breast cancer. We are so very grateful for their ongoing commitment to the fight against breast cancer.”

Since Adirondack Winery began its Drink Pink campaign in 2013, the winery has raised $38,100 for Making Strides Against Breast Cancer.

For more information on this year’s Drink Pink fundraiser, please go to adkwinery.com/drinkpink