Our area is currently in Phase Four of the NY Forward Reopening Plan. Please contact businesses before you go to confirm hours. To see what is open now click here. | Have you taken the 2020 Census? You can take it today at my2020census.gov/

Looking back on half a century of restaurant reviews 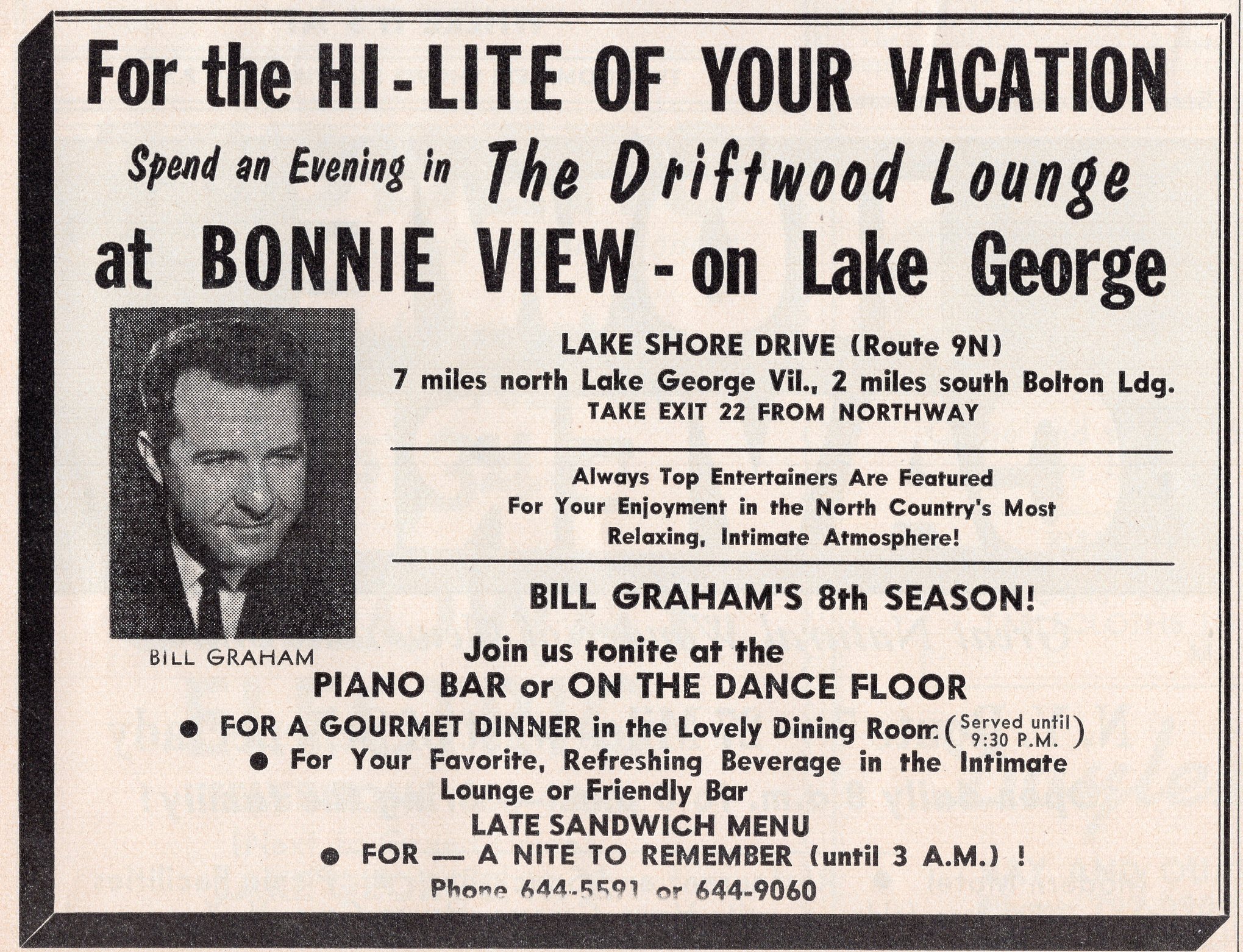 In the sixth installment of our #FlashbackFriday series collaboration with the weekly newspaper, the Lake George Mirror, we are going back 48 years to when Lake George Village Mayor Bob Blais began his long tenure as a restaurant reviewer.

Over nearly half a century Blais has written 262 restaurant reviews. First he wrote under the name Gary Gourmet for Action Spots Magazine. Check out the cover of one of the editions in the gallery below.

Read the full story in the September 4 weekly edition of the Lake George Mirror!

Another fun fact: Mayor Blais is one of the longest-serving mayors in U.S. history with a tenure of 49 years. Check out these vintage restaurant ads!

From the Lake George Mirror:

We’re thrilled to collaborate with the Lake George Mirror to bring you a weekly #FlashbackFriday series on our Twitter, Facebook, and Instagram channels. Each week through this series we highlight an article about the area’s history in the current edition of the Mirror! 📰